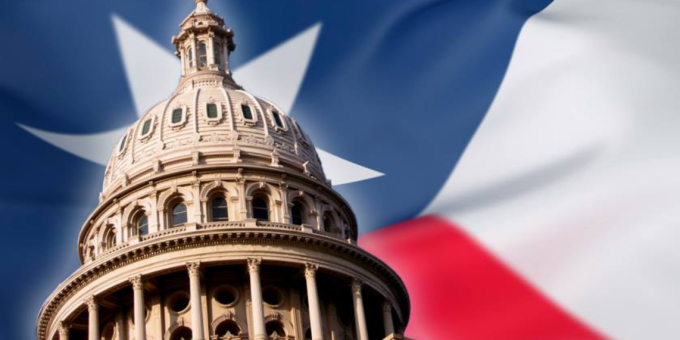 Re-elected in Nov. 2020 by an astonishing 74.8% of votes in his race, Biedermann has been promoting the popular idea of Texas returning to its status as an independent republic.

On January 26, 2021, Biedermann filed House Bill 1359, also known as the Texas Independence Referendum Act, which would allow the citizens of Texas to vote on whether the Texas Legislature should create a joint interim committee to develop a plan for achieving Texas independence.

Below are questions and answers he and other legislature representatives have posted.

Should TIRA be passed by the Texas Legislature and approved by voters in the November 2021 Election, an interim joint committee will be established to study and make recommendations regarding the most effective method for Texas to return to its status as an independent republic.

The committee will be composed of four State Senators and four State Representatives appointed by the Lt. Gov and House Speaker, who will also respectively serve as co-chairs for the committee.

Not later than December 31st, 2022, the committee shall report any findings and recommendations to the Texas Legislature and the citizens of Texas.

Is this un-American and un-patriotic?

Supporters for Texas Independence love America, our flag and our Constitution. Our grievances are not with America but with an out-of-control Federal Government.

It would be un-American and unpatriotic to not make our voices heard and fail to preserve the liberty our Founding Fathers established with their lives, fortunes and sacred honor.

Can we use Article V Convention of States instead of leaving?

It will be the job of the interim joint committee to pursue all potential avenues that would return power back to the states and to the people, including Article V Convention of States.

How can we become citizens of the Republic of Texas?

Obtaining citizenship will be determined by the Texas Legislature’s joint interim committee as the plan for independence is formulated.

What would happen to Social Security dollars Texans have paid into the system?

Any Texan who has paid into the Social Security system and is currently receiving benefits should continue to receive them. This is an obligation of the federal government to those who paid into the system and should, therefore, be met without question, hesitation, or reservation.

The federal government allows Social Security recipients to move to a foreign country and still collect their benefits. Additionally, those who have paid in should be able to preserve their accrued benefits for exactly the same reason. This will be included as a topic of discussion for the joint interim committee.

What would happen to veteran benefits?

If you are a Veteran who lives abroad, you remain entitled to the benefits and services you earned through your military service. Most VA benefits are payable regardless of your place of residence or nationality.

What would Texas do for national defense?

Using the NATO target average of 2 percent of GDP for military and defense spending would provide approximately $37.74 billion annually, making Texas 11th in the world in defense spending. Funding at this level would cover the costs of recruiting, training, equipping, and maintaining an active duty enlistment in excess of 125,000 troops. This would be in line with the number of Texans currently serving in the United States military in all branches.

How may I help?

Disclaimer: These sentiments on forming the Independent Republic of Texas have been discussed and researched by experts on the subject, however, there is no guaranteed outcome to negotiations that would take place between Texas and the U.S. government.