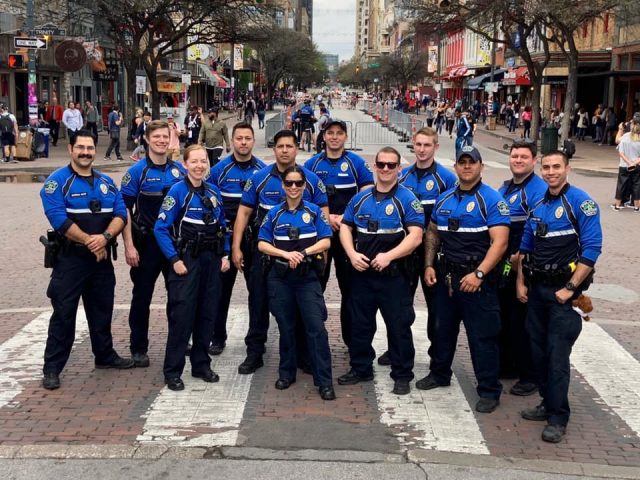 Is the liberal new District Attorney in Austin, Texas at war with law enforcement?

“His mode of operation is to follow the leads of other paid for DA’s to turn Austin into the stenches San Francisco, Portland and Milwaukee are,” one Austin police officer told CleverJourneys. “We have good, decent people here, but they want out of the city because it’s becoming less safe by the day.”

“I can’t believe what Austin has turned into because of the mayor, city council and liberal leadership,” she said. “Basically, they are forcing good police officers out. Look what Governor Abbott had to do to force some semblance of order last year.”

Similar to George Soros funded DA’s across the nation, Travis County’s Jose Garza seems to be stepping in line to prove he is anti-police and pro-criminal.

Both the Austin Police Association and the Combined Law Enforcement Associations of Texas (CLEAT) have joined those citizens who take a strong stance against socialist governing.  One of Garza’s first acts in office was to proclaim he “will hold law enforcement accountable.”

“We’re not making accusations but what we’re asking for is a complete and thorough investigation,” says APA president Ken Casaday, who referred to two specific cases in a press release Thursday. “So you have an ADA (Assistant District Attorney) being told to destroy physical documents and now you have an Austin police officer being told to leave out major portions of their investigation, that’s troubling at best.”

A former assistant district attorney resigned after being ordered to delete emails related to a sexual assault case.

In a separate issue, an Austin police detective was told to leave evidence out of a presentation to a grand jury.

The evidence regarded the case of Garrett Foster, shot fatally by Army Sgt. Daniel Perry while participating in a protest in Austin in July 2020.

“The District Attorney’s office cannot discuss the contents of the grand jury presentation due to grand jury secrecy laws, however, the office disputes the notion that material exculpatory evidence was excluded from the presentation,” the DA’s office claimed.

“Regardless of whether the information was presented exactly how defense counsel or a grand jury witness wanted it to be, the District Attorney’s office presented a thorough and balanced grand jury presentation consistent with its obligations under Texas Law.”

CLEAT, which represents police across the state of Texas, countered with the fact that in March, an order issued by DA Garza notes if his office reviews probable cause documents when a person is arrested for a crime and decides not to prosecute, the Travis County Sheriff’s Office should release that person.

“If Mr. Garza wants to change the law then he needs to be a candidate for the state legislature,” says CLEAT executive director Charley Wilkison, who adds this goes against the Texas penal code. “To decide to turn the justice system on its head and say, we’re just going to release these folks besides not making any common sense, it seems to be something that makes the public less safe.”

“Jose Garza has misused his official position of elected office. Taxpayers are unknowingly funding his whimsical journey of reimagining a Texas with criminals roaming the neighborhoods magically rehabilitating themselves and morphing from home invaders, armed robbers, drug offenders, and mass shooters.” Wilkison said in a CLEAT release on July 7.

Following the Soros playbook, Garza stopped prosecuting criminals for “low-level” crimes. For instance, his office will only “prioritize” violent drug dealers. Police are questioning the DA’s interpretation of what “violent” means.

Any prosecutor seeking a sentence of more than twenty years must first receive permission from Garza or two other top-ranking officials.

“There will absolutely be instances where what is necessary for the safety of our community is a sentence of longer than twenty years, but we think that that is an important decision and that it’s one the community should be able to weigh in on,” Garza said.

Upon taking office, Garza immediately began a list of bail-reform “suggestions” for judges. The most controversial regarded court attendance which allows those don’t show up to their court cases will no longer be considered a flight risk under his guidelines.

Garza, who says he is committed to holding “law enforcement accountable,” created his “do not call to testify” list. If his office receives evidence that an officer’s actions jeopardize the integrity of any case, they will conduct a review.

Attorneys Ken Ervin and Doug O’Connell who are representing police officers in some cases, recently explained actions by Garza’s predecessor:

“It is clear to us that the former DA understood criminal indictments were neither warranted nor appropriate in either case, but she did not want to suffer the political consequences of declining prosecution or having a grand jury refuse to issue indictments.”

The two attorneys also urged the DA to present all the evidence from both incidents. Their statement included requesting the DA to record and transcribe the entire grand jury reviews so the judges, defense lawyers, and the public can see how the review was done.

CleverJourneys is Sponsored by All-American Companies