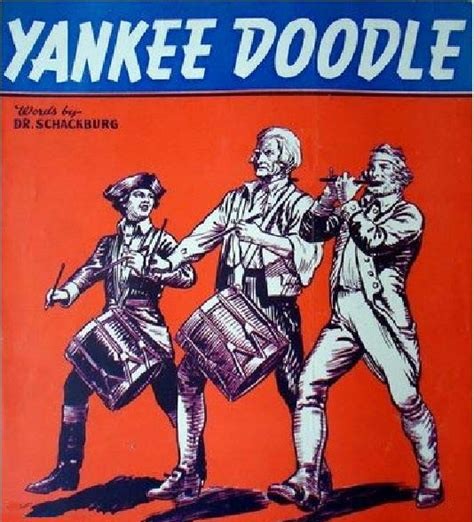 Some of my favorite songs in Mrs. Hobart’s music class at Gillette Elementary in San Antonio during the 1960s were “Supercalifragilisticexpealidocious,” “Bo Weevil,” and “Yankee Doodle.” I often wondered what macaroni had to do with a Yankee Doodle Dandy.” So, over half of a century later, I decided to research it.

Lo and behold, the “macaroni” part of “Yankee Doodle” doesn’t literally mean a variety of pasta formed in narrow tubes.

There is in fact an explanation for the inclusion of the wheat noodle in the old patriotic classic that I so learned back in the day. It is not at all what I expected.

In order to understand why the word “macaroni” was used, it is first worth bringing up that “Yankee Doodle” was originally created by the British to ridicule Americans, but later American soldiers reclaimed the song during the Revolutionary War and held onto it, which is why we all know it by heart from singing it over and over again in our youth.

The opening, the part of the song I’m referring to, goes:

“Yankee Doodle went to town
“A-riding on a pony,
“Stuck a feather in his cap
“And called it macaroni.”

But why would he name the feather macaroni?

Well, since the song was written by Brits, a “macaroni” is one who took part in a particular fashion trend which started in 1760 among sophisticated, aristocratic British men.

The trend consisted of a look where men wore big wigs and slim clothing and the name was derived from the then-obscure Italian macaroni dish these Brits seemed to favor. In short, to be macaroni was to be fashionable. Source: Library of Congress

As the trend caught on, it varied over the years and the term took on a more broad definition – male femininity.

Macaronis were people “who exceeded the ordinary bounds of fashion,” with their tight pants and big, fancy wigs. Since men usually didn’t dress like this, not the “manly” ones at least, macaronis were also referred to as “hermaphrodites” or people belonging to neither the man or woman gender.

Another common view for macaronis was that of modern day “hipsters,” because they rejected traditional ways too. More lovely words for these rebels were “devils,” “reptiles,” “monkeys” and “butterflies.”

Finally, and perhaps the greatest perspective of all, macaronis were viewed as brave. Storytellers admired their individuality and often devised folk heroes who came from their kind of society, a society that was laughed at by the mainstream population on the surface yet envied on their insides.

Wow, macaronis were seriously ahead of their time.

However, “Yankee Doodle” wasn’t being complimented in the song but rather mocked by the British via satire, thinking Americans lacked class and were merely “simpletons,” or as it was called at the time, “doodles.” The British mocked the doodle for thinking that sticking a feather in one’s cap would make them macaroni.

The macaroni trend ended in the 1780s, a short-lived ordeal, but its legacy lived on mostly through the many caricatures created and the well-known song that is probably in your head as you’re reading this – “Yankee Doodle” – where a silly man puts a feather in his hat and thinks that’s fashionable.

6 thoughts on “What Macaroni Actually Means in ‘Yankee Doodle’”