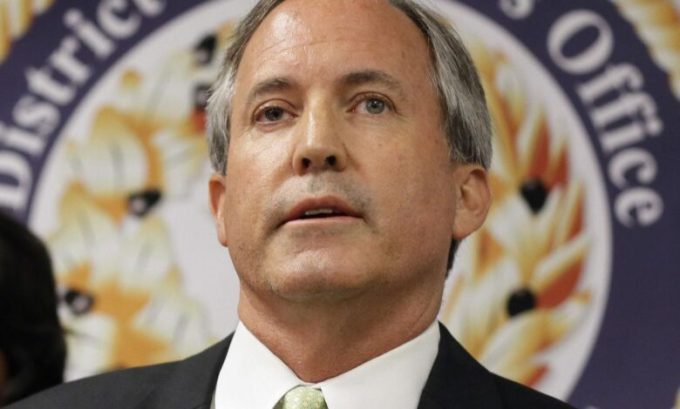 That court barred the Kentucky Attorney General from defending a state law that prohibits the gruesome abortion procedure known as dilation and evacuation, which involves dismembering an unborn child in the womb, while still alive.

The Sixth Circuit’s ruling imperils the democratic process because it empowers other state officials to strategically surrender lawsuits challenging state laws that they disagree with.

“If attorneys general are prohibited from intervening on the states’ behalf to defend our laws, how do we defend the interest of the state we are elected to represent?” Attorney General Paxton asked in a statement. “Dismemberment abortions are gruesome and inhumane, and it is troubling that a court would block a state’s authority to protect the lives of unborn children from such a barbaric practice.”

A message from Jack Dennis

I first heard about the renown Dr. Weston A. Price from my son Jack.

Jack was suffering a perfect storm of health problems originally stemming from two brain concussions during one football game. It kept him out of school for a year. He was able to test out, but went through more health issues: a partially collapsed lung and a diagnosis of Lyme Disease from a tick bite during a church missionary trip.

In college, he became frustrated with little response to conventional medical treatments and began studying alternative treatments. Along this path he was seen and counseled by many physicians. Fortunately, some practiced with unconventional and holistic approaches. Jack finally found great relief and is doing quite well, living a healthy and productive life.

Today, he says “if a doctor is unfamilar with Dr. Price and his research, I find another physician. He is well known as the Issac Newton of Nutrition.”

Dr. Price’s landmark book Nutrition and Physical Degeneration, was a result of his research and traveling the world in the 1920s and 1930s to study traditional diets.

“Dr. Price had an opportunity that does not exist today,” Jack explained. “The world had not been inundated with so much cross influence into these various unique cultures. Eskimos in Alaska, tribes in Africa and indigenous people in South America survived with good health from local sources. There was no global trading.”

Dr. Price discovered that in every traditional culture, no matter the region, people carefully collected and prepared sacred foods to ensure strong minds, bodies, and spirits.

‘High-vitamin butter oil’ was the term that Price used to describe the vitamin-rich butter oil made possible when cows graze on rapidly growing green grass.

Here is where a bit of serindipty appears. I recently came across the name, “Dr. Weston A. Price” again. It was from information about Green Pasture Products. They are a family business based in O’Neill, Nebraska, started by Dave and Barbara Wetzel.

“Our business was born after we decided to leave Dave’s high-powered career in the steel industry to raise our family closer to the land,” explained Barbara. “After finding a suitable farm and conferring with a forward-thinking agricultural extension agent, we began the demanding work of running a grass-based dairy farm.”

“Observing our labors, a local farmer commented that ‘he had never seen anyone work so hard’!Shortly thereafter, Dave chanced to hear Sally Fallon Morell speak about Dr. Weston A. Price.”

With these special foods, people sought to ensure robust health in both present and future generations. Green Pasture Products is proud to offer sacred foods prepared with the same great care and concern.

One of Dr. Price’s central discoveries was that high-vitamin butter oil taken in combination with cod liver oil fosters a powerful nutritional synergy.

“When Dr. Price’s patients consumed both oils together, they experienced often dramatically improvements in dental and physical health. For this reason, Green Pasture expanded their product line in 2007 to include fermented cod and skate liver oils.”

CleverJourneys is proud to welcome Green Pasture Products as our primary sponsor and urge our readers to try them. Dodie and I do.

P.S.–When I told son Jack, he was delighted.