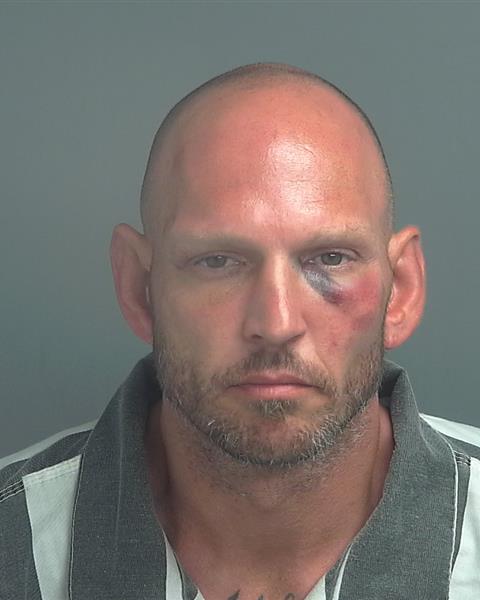 According to the charges, Bane and Dillon arrived at the Texas Border Patrol (BP) checkpoint on Interstate Highway 35 approximately 29 miles north of Laredo in a tractor-trailer.

A service K-9 dog alerted officers, who searched the vehicle and trailer and found 89 undocumented non-U.S. citizens in there.

Law Enforcement in the Porter-Conroe area are quite familiar with Bane due to his countless arrests. This time he and Dillion were arrested by Federal law enforcement after this attempted smuggling of 89 migrants in a stolen 2017 Freightliner and trailer.

In the mid-afternoon of July 13, 2021, when agents opened the trailer he was hauling with 89 migrants, Bane told investigators that he received a call from an unknown person. He was to drive from Porter to a Walmart parking lot in Laredo and pick up the truck and trailer and drive it past the checkpoint to an unknown location.

He said he was to be paid $1000 and claimed he did not know the contents of the trailer.

Tara Dillion told investigators a man named Brian drove them from Porter to Laredo and they were to take the truck to San Antonio. Dillion said Brian drove them to a Motel 6 parking lot. Investigators secured video from Motel 6 and were able to view Bane and Dillon being dropped off in a Nissan Titan.

The couple got out of the Titan, climbed into the 18-wheeler and exited the Motel 6. The tractor-trailer they were driving was reported stolen from the same Motel 6.

Bane has been arrested in Montgomery County at least fifteen times in the past decade and Harris County fourteen times.

His record includes at least eight incarcerations within the Texas Department of Criminal Justice with charges ranging from driving without a license, evading arrest, resisting arrest, unlawful possession of a firearm by a felon, theft of wire, forgery and drug charges.

His most recent arrest was last March when he attempted to flee Montgomery County Precinct 4 Deputies of Ford Road. Bane appeared in court on that charge on June 29 and is due back in court in October where he remains on a $50,000 bond. He is also on a bond from Harris County for a November 2020 burglary of a habitation. In 2004 a Montgomery County Deputy attempted to stop Bane after the deputy observed a large amount of smoke coming from the vehicle that would be consistent with fire. Bane fled but was soon caught.

Houston Police indicate Bane has ties to the Aryan Brotherhood. In 2010, Houston Police found counterfeit bills at his then Kingwood Home during his arrest on a warrant for copper theft.

In April 2011, Precinct 4 Deputies, responding to a suspicious activity report on I-69, found Bane and his female companion Christy Jo Latham of New Caney in a pickup truck parked in the median. In that truck was the street light that had been knocked down in an accident 3 weeks ago. The street light had been cut into five pieces using a cutting torch he had in the bed of the truck. Bane was charged with theft of material 50% aluminum, bronze, copper and placed in the Montgomery County Jail with a $3000 bond. Bane told Deputies he was cleaning the roadways up but he forgot the soft drink cups three feet away.

Tara Dillon, who was arrested with Banes on the smuggling of 89 illegal immigrants, also has an arrest record in Montgomery County including assault, driving while intoxicated, and unlawful carrying of a weapon.

She was last arrested on February 17, 2021, by Houston Police for unauthorized use of a motor vehicle in Kingwood Park. She currently has an open warrant out after failing to abide by bond conditions.