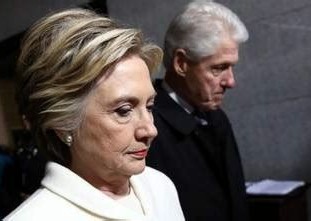 It is important to always keep in mind that Ukraine-Latvia-Cyprus-US is a usual route for laundering money.

It is supremely critical to realize that billionaire George Soros said that “destroying America will be the culmination of my life’s work.”

Soros, who turns 92 in August 2022, has invested over 64 percent of his wealth to the Open Society Foundations. That equates to $32 billion of which almost half have already been distributed.

Soros’ dream is to crush and eradicate the United States goes back to the 1970s. In an interview with Newsweek magazine, Soros publically proclaimed, “I’ve made my life’s mission to destroy the United States. I hate this country and I hate all of the people in it!”

Note: Anyone serious about learning more on Soros would benefit from searching the award winning “60 Minutes” reporter Steve Kroft interview with the Hungarian born billionaire. This article focuses on the damage Soros is inflicting on America.

During the Clinton Administration, the Ukraine-Latvia-Cyprus-US formula for routing laundered money had clearly moved into action with Soros.

Pinchuk began paying Doug Schoen (who had worked with the Clintons) $40,000 a month, in part to arrange at least 72 meetings with US Congress Representatives.

Through Schoen, Pinchuk established strong ties with the Clinton Foundation, with total “donations” up to $25 million.

The Clintons continued being paid speakers at the annual Pinchuk events including the 2013 Yalta European Strategy conferences after Hillary announced her run for the presidency.

”Victor Pinchuk, a steel magnate whose father-in-law, Leonid Kuchma, was president of Ukraine from 1994 to 2005, has directed between $10 million and $25 million to the foundation,” the New York Times reported. “He has lent his private plane to the Clintons and traveled to Los Angeles in 2011 to attend Mr. Clinton’s star-studded 65th birthday celebration.”

Melanne Verveer, a senior Ukrainian-American official at the State Department, often acted as a go-between for Clinton and Pinchuk.

Pinchuk is on the International Advisory Board of the Atlantic Counsel – an NATO-aligned American think tank specializing in the field of international affairs.