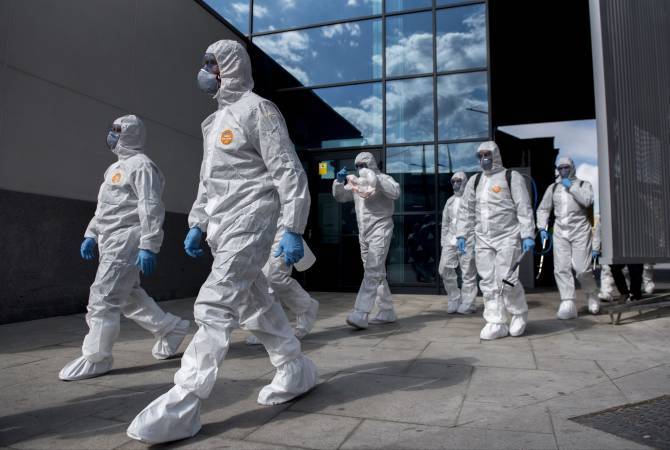 Not yet approved for Emergency Use Authorization in America, AstraZeneca will soon seek EUA through a formal filing with the U.S Food and Drug Administration.

Grave concerns with the experimental “vaccine” are cropping up as more countries are experiencing deaths and injuries.

Piedmont’s regional government suspended use of AstraZeneca’s batch ABV5811, which is different than the batch of AstraZeneca vaccine seized last week in Sicily after the sudden deaths of those who had recently been vaccinated occurred.

They are investigating reports of young healthy people who experienced brain hemorrhages and blood clots after being vaccinated.

On March 12, the Norwegian Medicines Agency and Norwegian Institute of Public Health (NIPH) reported an unexpected death from a brain hemorrhage after an AstraZeneca vaccine was administered.

A day later the agencies received three more reports of severe cases of blood clots or brain hemorrhages in younger people who had been vaccinated and were receiving hospital treatment. All of the patients showed reduced numbers of blood platelets.

Dr. Pal Andre Holme, who is treating three health workers at Olso University Hospital said it was “very unusual” to see such young patients with such “low levels of blood platelets.”

“These are healthy young people who have not had any kind of disease before, who then get severe blood clots,” Dr. Holme said. “You have to ask questions whether there is a connection with the vaccine, which I do not consider unlikely.”

NIPH is calling for anyone under the age of 50 who experienced “large or small bruises” after being vaccinated to visit a doctor.

They have suspended the AstraZeneca vaccine following reports of abnormal blood clotting in recipients per the  Swedish Public Health Agency.

After numerous reports of health problems and deaths, Bulgaria stopped the vaccine injections as a precautionary measure last week.

One woman died of heart failure 15 hours after receiving the shot, reported Reuters.  “Until all doubts are dispelled … we are halting inoculations with this vaccine,” Bulgarian Prime Minister Boyko Borissov said in a statement.

They suspended the country’s rollout of the AstraZeneca’s vaccine, The Telegraph reported on Sunday. Dr Karina Butler, head of the National Immunisation Advisory Committee, said the organization made the decision after Norway reported a “cluster of four serious, very rare, very serious clotting events” in young healthy people.

The vaccine has been suspended as a precautionary measure this week after the country’s health minister, Jens Spahn, said seven cases of cerebral vein thrombosis had been reported. Germany’s vaccine authority, the Paul Ehrlich Institute, “considers further investigation necessary after new reports of cerebral brain thrombosis in connection with vaccination in Germany and Europe.”

The country suspended the use of the AstraZeneca vaccine deferring to an upcoming full report from the WHO before administering any more of the vaccines.

In February, the country ended distribution of the AstraZeneca COVID vaccine after a study showed only 10% efficacy at protecting against mild and moderate COVID-19 cases from the new South African Variant.

They will not authorize or license AstraZeneca’s COVID vaccine at all due to complications in vaccinated recipients. The country had reserved 1.4 to 2.4 million doses through COVAX.

Latvia, Estonia and The Netherlands

have suspended or delayed the AstraZeneca vaccine.