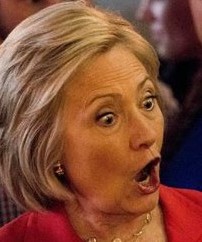 Prior to the 2016 Presidential Election between Donald J. Trump and Hillary Clinton, Bill Clinton’s ex-lover, Sally Miller sent me a very exposing email on January 5, 2016. –by Jack Dennis, CLEVERJOURNEYS

Sally Miller had previously told me about how Clinton “henchmen,” or operatives had threatened her on numerous occasions if she revealed information that could place Hillary in a bad light as the election campaign proceeded.

Miller believed that Clinton associate (and former chief of staff) Betsey Wright was in charge of Hillary’s “bimbo patrol, ” — goons who tracked down women who had affairs with, or men who knew too much about Bill, to shut them up.

It is well documented that Miller, the 1958 Miss Arkansas, and then Governor William Jefferson Clinton were frequent lovers. State troopers have since come forward collaborating with others about the arranged liaisons at nearby Little Rock hotels. In Miller’s instances, it was usually in her home.

One of Miller’s most notorious reveals was when Clinton laid next to her, “grinning real big,” during one of their trysts and blurted,”Damn, you need to come over and teach Hillary a thing or two about sex.”

“She’s not that wild about sex?” Miller laughed.

“Nah, the only time she is at all interested is when she snorts something up her nose,” he replied. “But don’t worry about Hillary. She’s busy. Hell, she has eaten a lot more p**sy than I have.”

While writing for Examiner in 2016, Miller and I corresponded often by phone or email. I found her to be quite open, but cautious, until she felt she could trust me.

“Hillary does plenty of drugs to get herself in the mood for sex,” Miller told me. “That’s the only time that she would entertain the idea – again, this is what Bill said to me.”

“Our love affair lasted five months, from August through December of 1983,” Miller revealed. “I suppose I’m classified as one of the ‘bimbos’ Hillary classifies us as, but the fact remains he came to my home at least a dozen times during that period.”

“I don’t know if Hillary is a lesbian. Frankly, I don’t care who Hillary sleeps with or what type sex satisfies her.  I only know—for certain—I never slept with Hillary.

“I’m thinking about writing a letter to Hillary.  I want to thank her for the Power she exercised in getting me fired more than a few times; the Power she used in reducing my lifestyle to food stamps; and her relentless Power when ordering guns fired in my direction.

“Hillary’s Power proved so persuasive, she convinced my family to abandon me.  And, Hillary deserves a standing ovation for demanding private investigators keep digging until they found me in China.

“It wasn’t enough to destroy me in my own country; as First Lady, Hillary used her Power to travel across the ocean and personally “put me on notice.” Hillary’s Power tested my survival skills far beyond what I ever experienced on my long journey of China’s Great Wall.

“Looking back, maybe I should have slept with Hillary. But, watching her Politically- Inspired “song and dance routine” on television; studying her mouth when she screams, threatens, lies and denies….I’m sure Hillary can’t kiss as well as Bill.

Miller did indeed pen an open letter to Hillary Clinton which I posted on Examiner. She labeled her “completely evil, heartless, and totally selfish.”

“Like the rest of us, you’ve grown older, experienced health problems and today— your lies are less convincing; your promises less believable and—sadly for your tough-woman-persona— your aging appearance exposes your vulnerability…Quite honestly, Hillary, you are just a pathetically fragile and tired-looking old woman.”

Miller later wrote in her book “The Beauty Queen: Let no good deed go unpublished,” more elaboration on her affair with Clinton and his numerous vices, including the regular smoking of marijuana and snorting of cocaine.

In 2005, Miller received a $90,000 settlement from the West Chester Friends School following termination from her position as the school’s director of fund-raising and public relations after revelations surfaced that she was one of the women involved in Bill Clinton’s extramarital affairs.