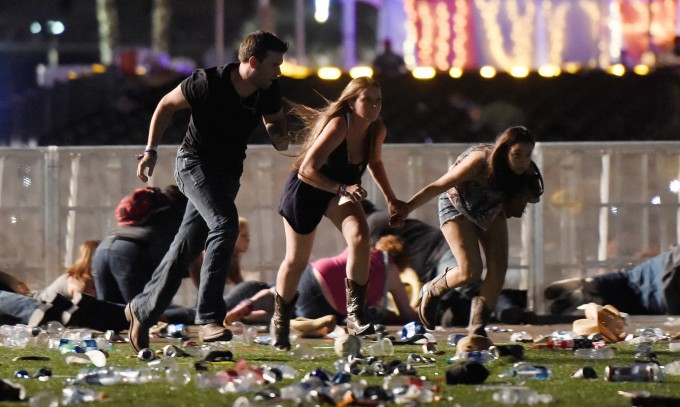 Who was Rich Higgins and why should we pay attention to his name?

What the government and media handlers deem “conspiracy” is now being exposed as far from being “theory” regarding the October 1, 2017 massive shootings near the Mandalay Bay in Las Vegas.

🔹MGM Grand CEO James Murren quietly dumped a lot of his personal MGM stock prior to the shooting.

🔹At the time of the shooting, the top five floors of the Mandalay Bay Hotel housed the Four Seasons Las Vegas.

🔹Prince Al-Waleed bin Talal was arrested by the Saudis for corruption a month after the shooting on November 4.

🔹There was a prior shooting at an airport involving the likely assassination attempt on Saudi Crown Prince Mohammed bin Salman.

🔹Bin Salman was likely staying (not totally confirmed yet) at the Mandalay Bay hotel and was forced to flee the premises in disguise.

Rich Higgins, who served in the National Security Council strategic planning office in 2017, was fired for being too pro-Trump by Deep State members within government.

As so many other patriots, Higgins was quickly labeled as a “conspiracy theorist” by Deep State connected news agencies. We now know he has been fully vindicated.

In at least a 50-page report prepared for Higgins soon after he left NSC, evidence shows shocking information about the mass shooting.

🔹The alleged shooter, Stephen Paddock, did not commit suicide as reported by officials and corporate media.

🔹He was executed, likely by ISIS and ANTIFA operatives. The FBI knew this would occur beforehand.

🔹The ANTIFA group claimed responsibility for the shooting including the notice: “One of our comrades from our Las Vegas branch has made these fascist Trump supporting dogs pay.”

What happened to Higgins?

His friend, Mike Daugherty, announced on Facebook: “Rest In Peace Rich Higgins. You are a hero. He passed this morning at 3 am. (February 22, 2022) This guy was all guts for no glory. He was amazing… Had so much surgery. Fought to survive in ICU for months on end…Crushing loss of an unsung hero that history will elevate. He told them all way early about the inside knives in the White House….so the insider mob fired him. What a tragic loss. Pray for his wife and small kids.”

Quotes from the report:

🔹“Stephen Paddock may have anticipated the arrival of a fly in team of additional shooters that would assist in the operational execution.”

🔹An Australian man, Brian A. Hodge is a “person of interest” with “possible ties to Islamic organizations and a possible Islamic State (IS) linkage.”

🔹“Mr. Hodges’ personal profile is more befitting of a left wing or Anti-Fascist Action (ANTIFA) affiliate, but recent intelligence reports point to an increased level of collaboration between groups like Antifa and Islamic State.”

🔹“Mr. Hodge traveled to Berlin, Paris, London, and back to Berlin approximately 2 weeks prior to the attack in Las Vegas.”

🔹“Further data mining of Mr. Hodge’s activity on the night of the attack reveals that while he was originally located at the Mandalay Bay and the surrounding Enterprise area, (he) departed downtown Las Vegas while publicly claiming to have been hiding in the bushes outside the Mandalay Bay. Mr. Hodge’s signatures reveal that he is located approximately 10 miles north of the Mandalay Bay hotel…”

🔹“How did Mr. Hodge know, only 3 hours after the attack, in advance of the public and most officials, that a security guard had been killed (actually shot and wounded) on the 32nd floor?”

🔹“Intelligence methods reveal that during the frenzy Hodge stayed at Knotty Pine Motel in north Las Vegas in Room Number 17, a room that was associated with a man named German Torres Moreno, a Mexican national from the city of Penjamo, Mexico, in Guanajuato, Mexico, an area that is rife with ISIS recruiting.”

🔹The report indicates that ISIS claimed some responsibility for the shooting operation and referred to Stephen Paddock as one of their operatives.

🔹Paddock was living at the Mandalay Bay with a woman from Australia named Marilou Danley.

🔹Danley was in the Philipines when the shooting occurred.

🔹Al-Naba, the ISIS magazine reported “A soldier of the caliphate attacked a gathering of 22,000 Americans at a concert in the city of Las Vegas, resulting in nearly 60 killed and 600 injured…Brother Abu Abdul Barr stationed himself in a room on the 32nd floor of a hotel overlooking the concert and opened fire continuously on the crowds using 23 firearms and more than 2,000 bullets and died, may God accept him, after running out of ammunition.”

According to the Higgins Report: “Immediately following the attack, during the morning of October 2, Mr. Hodge appears in numerous Australian media reports including print, radio and television. Notably, he does not share the links to these radio and television interviews on any of his own social media outlets. This is highly suspicious behavior. Later in the day on October 2, Mr. Hodge departed Las Vegas and arrived in Albuquerque, New Mexico. While in New Mexico, Mr. Hodge appears to travel to the Anatolia Doner Kebab House…This restaurant address is affiliated with numerous other businesses in the Albuquerque area and is owned by a Mr. Mehmet Kokangul and Umit Kokangul. Mr. Mehmet Kokangul appears to be a Turkish National from Adana Turkey, a known center of Islamic State activity in Turkey.”

Don’t miss Part 2 of this revealing series of articles with FREE email notification from CleverJourneys sign-up below.

3 thoughts on “What Really Happened at the 2017 Mandalay Bay Shooting in Las Vegas?”